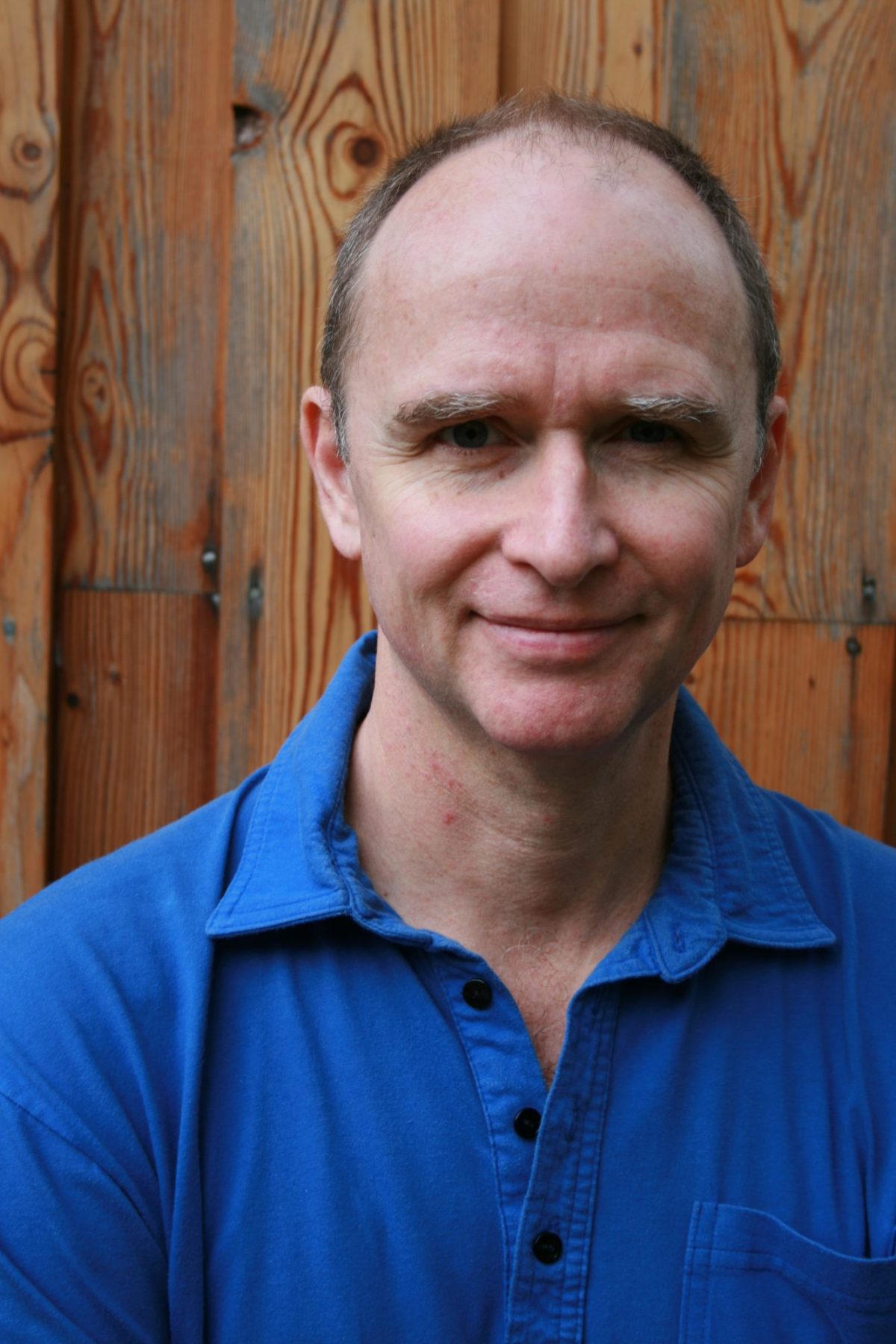 Carl Hargreaves is a highly experienced and well trained teacher who has studied extensively and worked with many thousands of students since he began to teach in 1998.

He is a qualified Yoga Therapist recognised by the BCYT, British Council for Yoga Therapy, and CNHC:  Complimentary and Natural Health Council. He is an accredited teacher with the Centre for yoga Studies, the Association of Yoga Studies, and the British Wheel of Yoga.

He has a broad knowledge that was built on being taught to meditate at the age of five.

Carl studied widely from martial arts, gymnastics and sports to reading Philosophy (PPE) at Oriel College Oxford, and then went on to train and work professionally as a contemporary dancer. Later, he began to work with dance on screen and dabbled in acting. He had begun directing and producing film and video when yoga took over his work life to became his main focus in 2001. The varied and rich training he received has been invaluable to understanding yoga as a philosophy and applying it as psychology.

He lives with his wife and children in Muswell Hill, North London, in an energy saving  “Passiv Hus” designed around Vastu principles. Carl and his Wife Ruth built the house to live with a greener footprint. There in Muswell Hill, Carl teaches yoga and practices as a Yoga Therapist from a small hempcrete studio in the garden.  Built from recycled materials and backing onto Coldfall Woods, it is a lovely place to study and practice yoga in an oasis of nature in London. 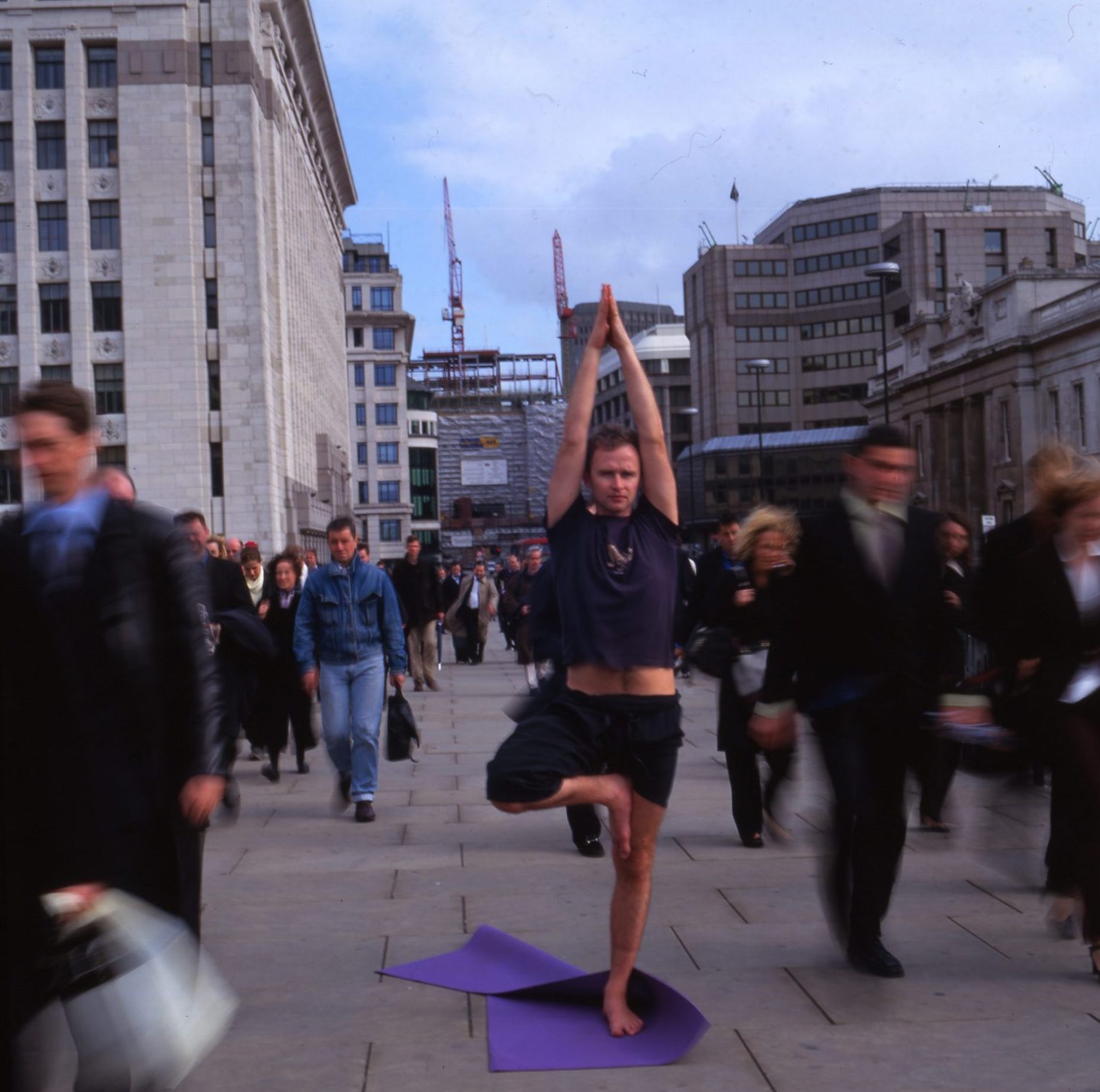 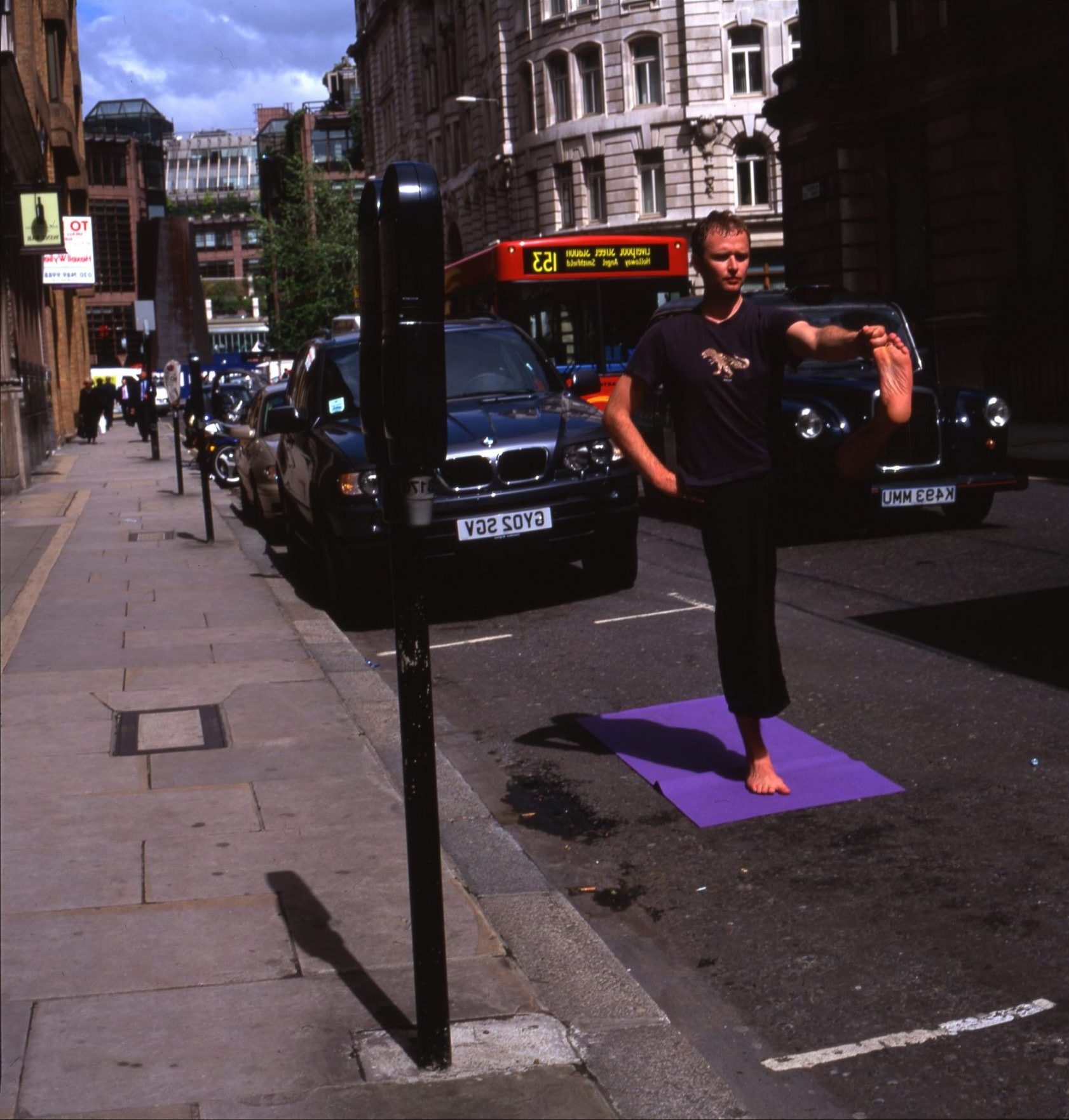 His first yoga teachers were primarily from the lineage taught or inspired by Vanda Scaravelli, specifically Giovani Fellicioni, but also Diane Long, Sophie Hoare, John Stirk, Peter Blackaby and others.  At this time his main focus was contemporary dance.

“Learning more of yoga, I wanted to get closer access to the teachings of the great Yogi T. Krishnamacharya, and of his son T.K.V Desikachar. At the time called “Viniyoga”: I met my wife and it happened that she was studying with one of Desikachar’s student’s students. I too began to study with my wife’s teacher Sylviane Gianina, for six years until she moved to France in 2008.

I undertook some teacher training with Sylviane Gianina and also completed some other teacher trainings: In Dynamic Yoga with Godfrey Devereux and in Sivananda Yoga with Barbara Gordon and Niryni, (Vishnudevananda’s demonstrator and primary student), to get a Sunra Yoga teaching diploma.

I completed a much more extensive and deeper teacher training in “Viniyoga” or “the tradition of Krishnamacharya” with Paul Harvey,  who had studied extensively with Desikachar, the culmination of a seven year process. This qualification reaches the standard required by the CNHC to be a registered Yoga Therapist. Paul Harvey also became my teacher of individual yoga during that time.

In 2012 I studied counselling and the creation of wellness through mentoring and complementary or “alternative” medicine with Dr Rosie Daniels. I completed a diploma and studied for some modules of an MA program.

I have attended a great many workshops and classes: eg. with T.K.V Desikachar, his son Kaustaub, A.G. Mohan, Navtej Johar, Richard Freeman, Tias Little…etc.  martial arts masters such as Charles Renault and Tong Nguyen, as well as numerous dance teachers and choreographers.” 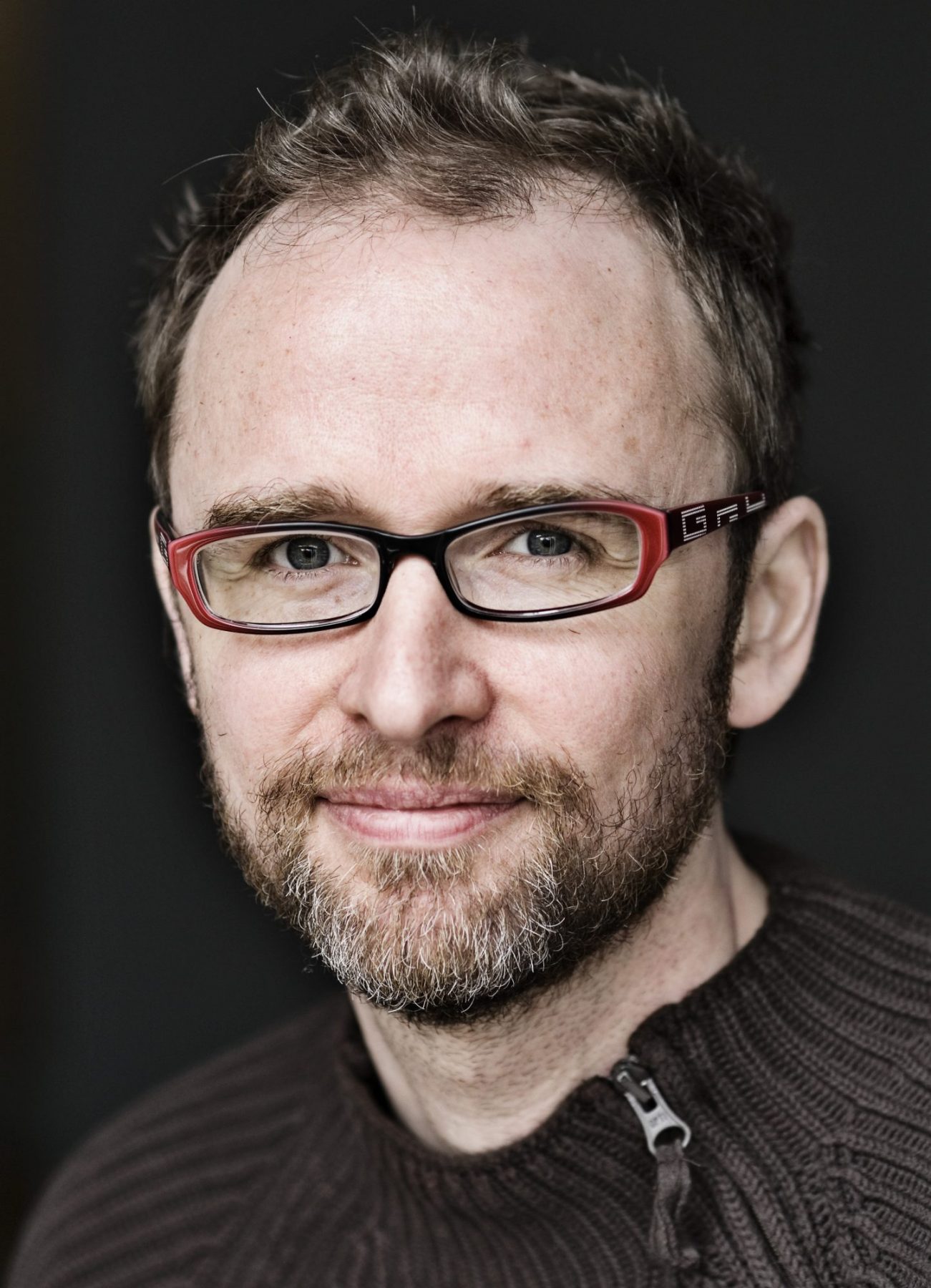 I am happy to have now settled with a system of teachings that originate with Krishnamacharya.. These brilliant teachings are of great sophistication, richness, rigour and beauty.”

Many excellent teachers of other subjects have helped me enormously: for example in martial arts and dance, particularly Charles Renault, (a choreographer and exponant of Pentjak Silat); Ross McKim and the brilliant staff at the Rambert School; and my teachers at Oriel College, such as David Charles, Justin Broakes and Mark Philp.

I still love to test my body with outdoor physical training. I like to take a weekly contemporary dance class and to practice martial arts in the woods, especially Tai-Chi. I was taught by a wonderful teacher Ting Thong Nouygen. An amazing person, a Buddhist monk and Chinese Traditional Medicine practitioner. I’ve engaged at times in Buddhist meditation practice and practised Christian Meditation with some seriousness. I was treated with great generosity and kindness by Father Lawrence Freemen and the community at the London Centre for Christian meditation. I enjoyed living with them for a time and followed their practices. I was enriched, educated and greatly supported there. I revere and respect the authentic teachings of all religions.

I practice yoga daily and this includes asana, meditation and always pranayama. 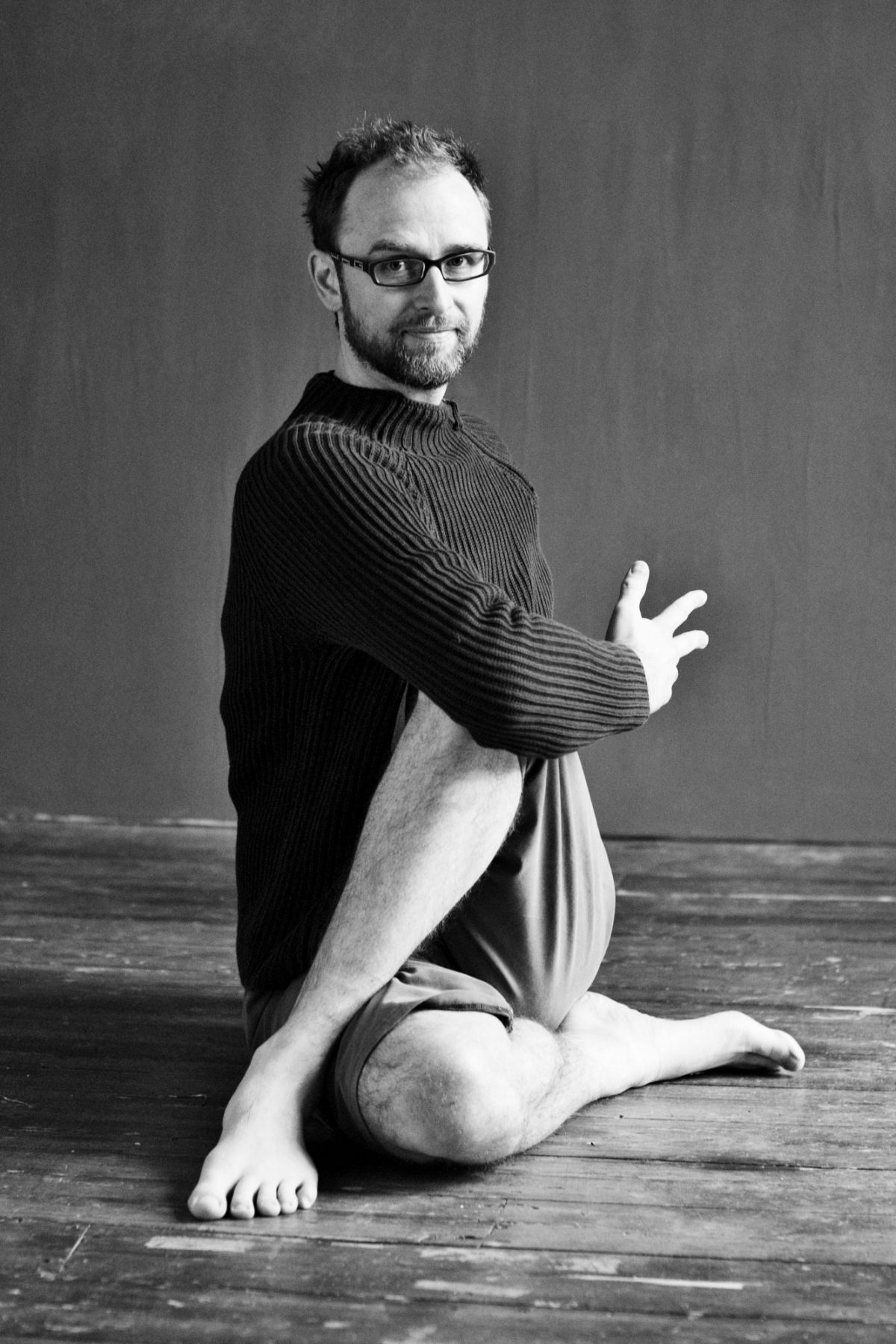 I was fortunate to spend a week in close proximity to H.H. the Dalai Lama, who made a great impression on me.

Other influences from famous teachers include Sri Ramana Maharshi and Krishnamurti, who I encountered through their writings and students.

There are no words to express my gratitude to those who have helped me to see that the self is pure awareness, beyond the possibilities of mind and words, but if we were to try to express it with words, “pure awareness”, “this”, “being”, “consciousness”, “truth” or “life” might point us inside, toward the direct experience of who we are, in which the answer may be uncovered. Realising and integrating this teaching on the nature of the self I believe to be the transcendent goal of yoga. Some teachers or traditions refer to this understanding as “Advaita vedanta”. Teachings on the self and methods of transcendence (samadhi)  are the very heart of my life and my approach to yoga.